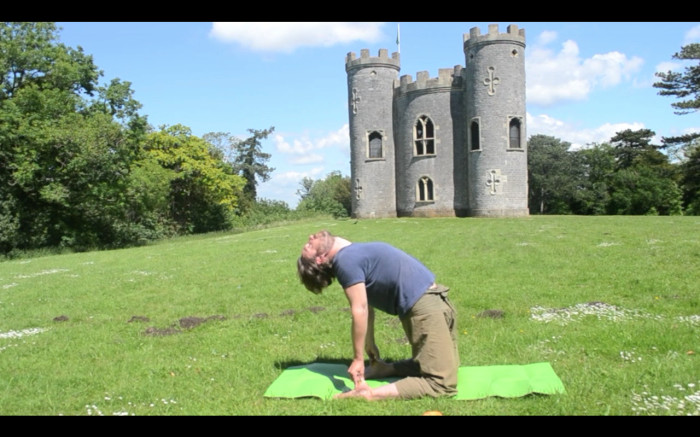 My name is Mark, which is often attributed to the Roman God of War.

However, to me it is more to do with embodying the spirit of a warrior, and this has nothing to do with violence.

I was also born on St George’s Day, named after the ultimate Spiritual Warrior because he slays the dragon, and releases the princess.

Of course this is a metaphor for the vanquishing of our inner demons, which largely comes in the form of negative thought patterns, and self-sabotaging unconscious behaviours.

The freeing of the princess has everything to do with liberating the Goddess energy, which in Yoga is known as Shakti, or Kundalini.

Practicing Kundalini Yoga gives me the method to feel like a true warrior because it involves physical and mental challenges to overcome, which prepare me for transcending similar challenges as they confront me in daily life.

It is after practicing Kundalini Yoga for 12 years that has helped me to understand the incredible potential we all have inside us.

As a man, I am often curious as to why Yoga is predominately marketed towards, and practiced by women in the West. Particularly, when you consider that Yoga was designed by men for men, and thus largely practiced by men historically in India.

I think it is very important that men, in particular are given the opportunity to realise the benefits of Yoga, and in particular the revolutionary practice of Kundalini Yoga.

I have identified 10 key areas of masculinity which when harnessed will help a man become the most awesome he can be, a man among boys…a Warrior!

For each attribute I have discovered ancient practices which ensure the strengthening of these 10 attributes, and have put them together with the hope to inspire an army of Spiritual Warriors.

To discover these 10 keys to masculinity yourself, check out the Warrior Yoga for Men online course : http://sleepingserpent.thinkific.com/courses/warrioryoga