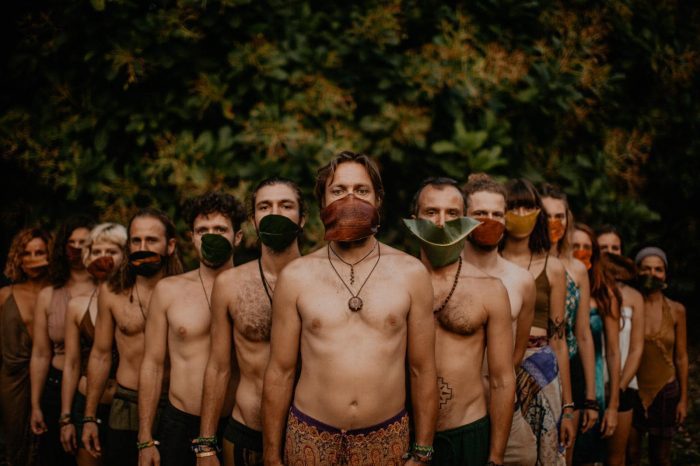 In February 2020 I left the UK for a one month holiday from my job at the Environment Agency, or so I thought. It was the trip of a lifetime because I got to fulfill my dream of going to both Envision Festival in Costa Rica, followed by Tribal Gathering in Panama.

Tribal Gathering is an extraordinary 15 day festival on the beach front which gathers together indigenous tribes from all over the world, in order to share their traditional ways of living with the participants. This is then followed by an incredible psytrance festival on the beach.

It was a fantastic month, but nothing could have prepared me for what happened next!…

When we went to leave on the bus to the airport, we were greeted by fully armed military police, local police and health professionals in full ‘coverall’ suits armed with temperature guns. The ‘pandemic’ had come to Panama and we had all actually been in quarantine, and thanks to the festival organisers, we had been allowed to party long after the rest of the country, and the world had closed down such large gatherings.

For this reason, the Tribal Gathering of 2020 became known in the media as ‘The Last Festival on Earth’.

Only half of us, who had been in the country for the required number of days, were allowed to get on the bus to the airport. The rest were forced to go back into the festival, missing their flights, many of which were unable to leave the site for several months!

When we got to the airport, it was almost completely deserted. Those of us from Europe were completely shocked to find that no flights to the entire continent were operating, and there was no-one there to ask about alternative plans. The office to my airline was closed, and a phone number given to me at the information desk just went to an answer machine, saying to go on the website.

A few of us gathered at Selena’s hostel at Panama City, and gradually many of us from Tribal Gathering started to reunite there. Over the following days, many people desperately tried to get home, spending thousands of dollars to book convoluted routes out of Panama to get back to their respective countries. More often than not, they returned from the airport later in the evening, having lost all of their money.

Our group, which was growing in size, decided upon a different strategy, which was to rent a house on the beach, and wait until all of this chaos subsided. However, that option too got closed down, renting houses became forbidden, the beach closed down, and the hostel itself began to close things down, first the pool, then the bar, then the cinema. An evening curfew was announced, we were running out of time.
Then Iryna had the bright idea of contacting an eco village she had heard about, that she had wanted to visit anyway to see if they might take us. Every single cell in my body screamed ‘Yes!’ at this idea, I knew that this had to be the answer.
She phoned them up and was delighted to announce that they would take us all for a 2 week ‘quarantine special’ where a few days after arrival, they would close up the village to anyone else, to be safe.

We set off a day or two afterwards in a hired out minibus. However, we were only able to progress about half way, when we got spotted by the police, at one of the many check points that they have throughout the country. The police officer demanded that we return to Panama City, and that, despite our instance, a journey to Kalu Yala was impossible, due to the current travel restrictions.

A sense of mild panic began to bubble up within the minibus, but I held firm, that we just had to get there, no matter what, ‘where there is a will, there is a way’. Luckily the driver had the same attitude, and he drove us back to a local petrol station. At this point, half of the group left the minibus and jumped into another car. The rest of us stayed out of sight in the van, which was now camped outside a private house, until we got word that they had arrived at ‘basecamp’. When we got the signal, we got out of the minibus and got into a different car, and we drove to reconvene with the others. Just as we got to the basecamp, we found ourselves to be driving directly behind a group of police officers who were slowly walking in the middle of the road. They were patrolling the rivers, for now the rivers were out of bounds, for the word had got out that they could be avenues for the virus to spread. We all took a deep breath and sunk lower into the seats, I pretended to be asleep! Then, we turned off into another road, and to our delights, we were united with the others. We all got picked up by a SUV and taken to Kalu Yala.

We were all completely unprepared for the beauty and wildness of this eco village in the jungle. Deep within the valley, surrounded by tree covered mountain tops, stands a series of rustic wooden buildings, many of which are on stilts, some with tin roofs, others with thatch, but all entirely open to the elements! There are no doors at Kalu Yala, no windows, no walls..only the platform which rises above the ground to protect from the creatures of the jungle. There are many creatures of all shapes and sizes in the jungle, from the bugs to the boas. All the buildings did have the ‘luxury’ of a roof, of course, to protect from the rain, which is especially vital in the later rainy season. I got to stay in a dorm, high off the ground, also managed by Selena’s Hostel, which was the newest, and most beautiful addition to the village. After a reshuffle, this later became my house on stilts, for I had it all to myself.

What followed was by far the most extraordinary, and completely unprecedented time of my life. Two weeks, became 30 days, which kept getting extended by the Government. I ended up living at Kalu Yala in the jungle, with my ‘tribe’ for 4 1/2 months!

At first, we spent a lot of time relaxing in hammocks in the day, and dancing around the fire, until the small hours of the morning. Effectively keeping that festival vibe going, and going..As the world became increasingly enslaved by lockdowns, we were wild and free! We felt like the luckiest people in the world.

One day, we all went on a long hike through the jungle to get to Jaguar Falls, and enjoyed jumping into the depths of the huge pool that the impressive waterfall descending into. We were beginning to understand the sere scale of this incredible jungle we were immersed in. Over time, we discovered many incredible swimming pools that were hidden around the site.

After a while though, a structure began to emerge, and we have Roxy and Iryna to thank for that with their German mindsets. I was invited, along with Jess from Bermuda, and Aoife from Ireland to alternate with teaching an early morning Yoga session. After all, there was actually a Yoga deck in the jungle. Also with no formal barriers to the jungle experience, such as walls, when the sun rose, and the jungle came alive, so would I. It is a beautiful thing to wake up the rhythmic sounds and melodies of the jungle, the humming of the cicadas, the distant sound of the howler monkeys…We all agreed, and the Yoga continued every single morning, before breakfast for the entire duration of our stay there. It was such a blissful way to start the day.

I began to introduce my legendary Kundalini Fire Dances around the fire at night, in a field filled with dancing fireflies, it was magical. At night the sky is lit up by a phenomenon known as sheet lightning which would cause the mountains all around to flash, it felt like we were living in a magical world…because we were!

Others began to offer their skills as all sorts of personal development workshops, shadow work, inner child work, epic medicine journeys…all sorts. We had a weekly spiritual check in around the fire. Twice a week, several of us, myself included, would volunteer on the permaculture farm, which is the true heart of this village, as well as the magical food forest, which for me really is the key to humanity’s sustainable future. Before we knew it, everyone was offering something and Boom!…We had a fully fledged, co-created, super-conscious community.

I began to develop a routine, every day I would spend the morning wild swimming in the river, stretching out on the rocks to bathe in the sun like the lizards, and break into intuitive bodywork to process the changes I was going through.
Every evening, I would hike up the mountain, where the eagles and vultures can be seen flying on the thermals, and watch the captivating sunset over the next valley. As far as the eye can see, the jungle could be seen stretching beyond the distant mountain ranges. It was paradise.

I was inspired to film so many online courses there, that I became financially free, and was able to actually resign from the Environment Agency.

It was the best time of my life.

The bonding that we made during those times are made for life. We are now eternally the tribe that got trapped in paradise, and our motto is ‘Kalu Yala Forever!’

That’s why I am so excited to be going back to Kalu Yala this month, only this time you can be part of the experience!

Find out more about the ‘Transformational Jungle Experience’ at Kalu Yala during May 2021 : 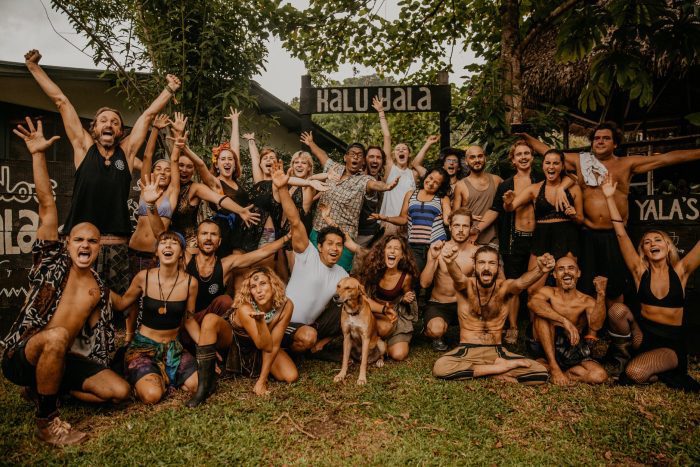