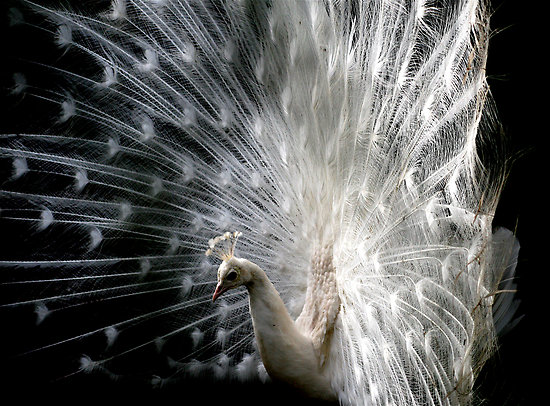 The writing style of the ancient Alchemists was known as the ‘language of the birds’. Dennis William Hauck writes in his ‘Idiots Guide to Alchemy’ that this reference, to what was seen as a higher form of writing came from…

“the haunting suspicion that the high-chirping of birds was actually a superior language beyond our comprehension.”

This reminds me of the beginning of ‘The Power of Now’ when upon awakening to his new found state of enlightenment, Eckhart Tolle describes…

“I was awakened by the chirping of a bird outside the window. I had never heard such a sound before. My eyes were still closed, and I saw the image of a precious diamond. Yes, if a diamond could make a sound, this is what it would be like.”

This, I can well imagine for I remember a time when I was young when I used to delight in slowing right down into ‘soft time’, as Gill Edwards calls it. It would happen on a perfect summer’s afternoon, and I would love to hear the sound of the pigeon cooing in the distance. A magical sound it seemed to me that emanated from nothing, and spoke to me of something truly beautiful, something perfect. Perhaps this experience lies beyond the capacity of rational thought to comprehend and touches on a deeper understanding.

Eckhart Tolle goes onto describe in his later writings in the ‘New Earth’, that birds are the enlightenment of the animal kingdom.

Yesterday I watched some peacocks, and reflected how they seem to me to almost impossibly beautiful, beautiful surely for the pure sake of shocking the observer’s soul into the intrinsic beauty that is inherent to nature from the creator.

The swan has long been a symbol of enlightenment in the West, or rather what was more commonly known here as ‘illumination’. A few years ago for my birthday, I delighted in visiting Neuschwanstein Castle in Bavaria, known as the Grail Castle, and built by Ludwig II, known in turn as the Fairy Tale King. This castle is simply covered in beautiful images, and sculptures of the swan for this very reason, and the the name Neuschwanstein translates from the German as ‘New Swan Stone’.

This reference to ‘New Swan Stone’ reveals that the Swan carries the true knowledge of the Philosopher’s Stone itself, the object revered the most by the alchemists. This is understood by the Yogis to be the lumbar vertebrae, the alchemical vessel where all the ‘nadis’ (energy channels meet, and  is said to be incorruptible, even after death. The late Laurence Gardner wrote that the opening of the pineal gland, the physical aspect of the third eye, was akin to enlightenment, and was represented in Western art as the opening of the swan’s wings, for its striking similarity in appearance.

Doves too carry the symbol of peace, for what is enlightenment but a return to the state of original grace known as perfect, profound peace. The dove, of course is synonymous in Christianity with the Holy Spirit itself!

The mystical phoenix is forever an archetypal image of transformation via the power of the alchemists ‘secret fire’, the pure essence of creation.

Birds of course have always been the fascination of man, because they have the ability of flight. It is through observing birds that we have used technology to defeat gravity, and yet birds have evolved to fly naturally, what a blessed gift. To soar into the dizzy heights far away from the troubles of the Earth is surely what we all dream of.

Yet we are called to be here, on this Earth, not only as an intrinsic part of her being, but as custodians of it. If we are here for one thing, it is to bring down the wisdom of the birds into the Earth, to be the divine conduits that connect the Alchemical Eagle (who can stare directly at the sun) to the Toad (who can traverse both land and waters), the bridge between Heaven and Earth.